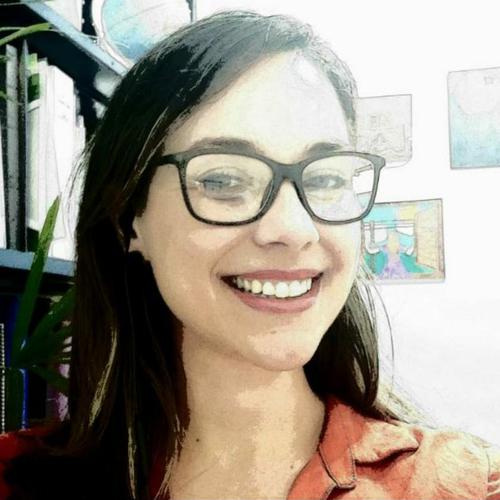 Taciana Santos de Souza is an economist, graduated from the Pontifical Catholic University of Rio Grande do Sul, Brazil. She has been researching the field of Drug Economics for approximately 11 years. She has a master's and doctoral degree in Economic Development at the Institute of Economics at the University of Campinas, São Paulo, Brazil. She is also a researcher and co-founder of the Laboratory for Interdisciplinary Studies on Psychoactive Drugs (LEIPSI) and a member of REDESDAL (La Red de Estudios Sobre Drogas en América Latina).

In her Masters, she studied the global markets for natural and semi-synthetic drugs. She analyzed data from the World Drug Report of the United Nations Office of Drugs and Crime. She identified that transnational organized crime bears many similarities to formal businesses. As a method, she used the heterodox economic approach to assess drug supply and demand. She highlighted the importance of innovation, creativity, and flexibility to the success of drug-related organized crime. So she concluded that the ability to innovate and create coupled with intense capital accumulation and high long-term profit margins explain the failure of the War on Drugs.

During her Ph.D., Taciana studied the illegal drug market in São Paulo, starting with the arrest of people for trafficking. She analyzed 170 court sentences for drug trafficking and presented the flow of illegal goods. She evaluated the state policies linked to the repression of drug trafficking and noticed specific aspects of organized crime in the region, which benefits from mass incarceration. She highlighted elements such as unemployment and inequality to discuss the Brazilian economic system linked to crime problems.

In general, Taciana teaches and researches economics and uses interdisciplinary approaches to topics that interest her, such as Drug Economics, violence, crime, public drug policies, regulation, and legalization of Cannabis. Her email is [email protected]