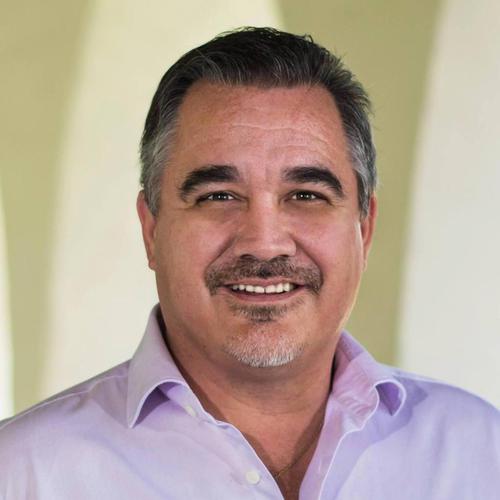 Dr. Jeffrey McIllwain is an associate professor of criminal justice and public administration in the School of Public Affairs and a Faculty Fellow in the Weber Honors College at San Diego State University. He joined the School of Public Affairs in 2000, and is the co-founder and former co-director of SDSU’s interdisciplinary Homeland Security Graduate Program and director of the International Security & Conflict Resolution Program. Dr. McIllwain also serves as a fellow and an adjunct faculty member in the Irregular Warfare Program at Joint Special Operations University (JSOU), the war college for the U.S. Special Operations Command, and as a violence and religion, organized crime, and contemporary military history subject matter expert for the U.S. Marine Corps. A historian and criminologist, Dr. McIllwain’s research focuses on the theory of organized crime and the history of crime, criminal justice policy, and international and homeland security. His most recent book, Deconstructing Organized Crime: An Historical and Theoretical Study (with Joseph Albini), was a 2014 nominee for the outstanding book award by the American Society of Criminology. He is currently researching the role and function of organized crime in war and intelligence operations, the global history of organized crime, and organizing crime as a means to survive, evade, resist and escape totalitarian regimes. A winner of many teaching awards, Dr. McIllwain currently teaches courses on warfare, military history, intelligence, organized crime, drug trafficking, policing transnational threats, dark networks, and emergency management. He teaches summer study programs on WWII, WWI, the Holocaust, and the Cold War in England, France, Belgium, and Poland. He previously taught study abroad programs throughout Mexico on subjects like border security, corruption, organized crime, and narcotics and human trafficking. Dr. McIllwain earned his Ph.D. in Administration of Justice from The Pennsylvania State University, his M.A. in U.S. diplomatic history from The Contemporary History Institute at Ohio University, his M.A. in Biblical and Theological Studies from Dallas Theological Seminary, and his B.A. in International Relations, Social Science, and History at The University is Southern California. He completed graduate certificate study in terrorism and counterterrorism at An Garda Siochana College in the Republic of Ireland and undergraduate certificate study in Roman history from the University of Cambridge, England.